Here's some more robots from Chappie that I assume will get their own spinoff films at some point.

Rory and Dexter are Deon's homemade pals designed for maximum crib-chillin' and anti-lonely abilities. They were to be made from various toys n' junk and utilise his high-end custom AI software.
These guys were fun to work on, really quick designs and after a bit of tweakage from Leri they went to the workshop floor to be built. They were both brilliant little radio-controlled builds, fully practical characters and their performances were captured entirely in-camera. 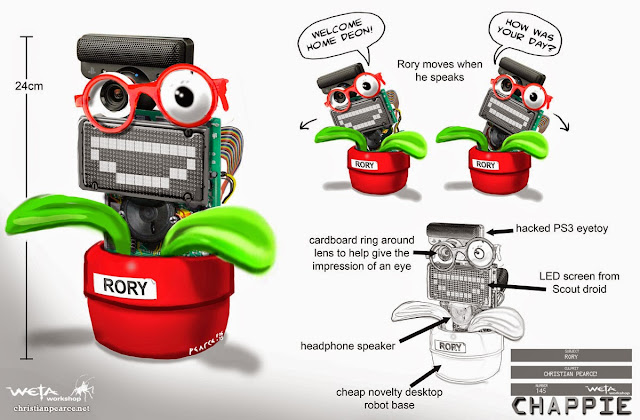 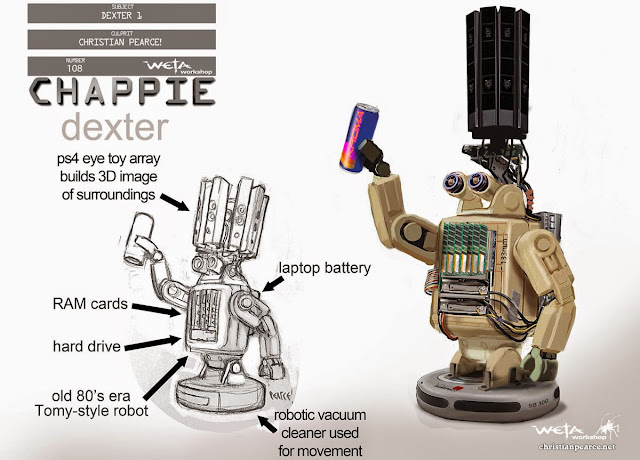 Some of the first sketches for the Robo-Yolandi. RoLandi? These ones were a bit generic, there were a few I did later that I thought explored some more interesting ideas and construction techniques but are currently confined to the ever growing library of unapproved film art AKA the Cosmic Trash Receptacle.
I'll do a post about the Moose and some other bits soon 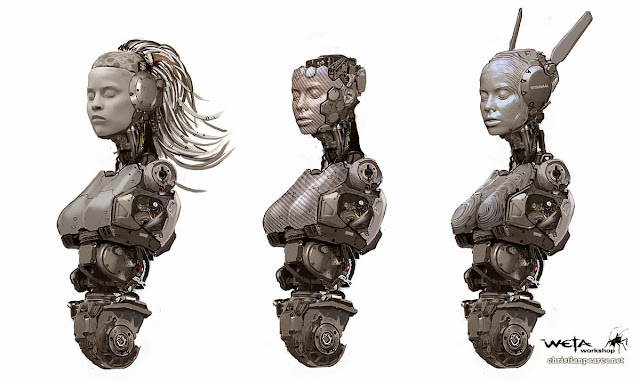