At one point the poor li'l robot gets punted with an electro-magnetic pulse weapon that incapacitates him (oops that's a spoiler). These are the initial sketches for this Chappie-zapping device. It was described as a prototype, one-off workbench thing but Neill thought the ones on the left were a little too rudimentary. 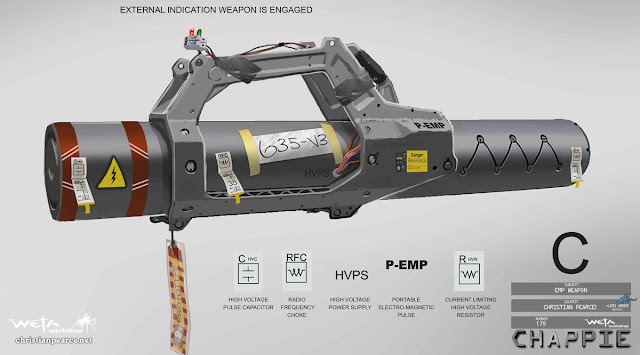 This is the design we went with. It was one of my first attempts at modelling something in Sketchup and it was shabby as hell. I had to paint over it a lot to make it even slightly presentable.
This is an image from the book with Leri's graphic pass on it, here's Huge Ackman waving it about:

Rough and quick sketches of the vehicle that Ninja and Yolandi cruise around in, suggested title "Die Vandwoord" 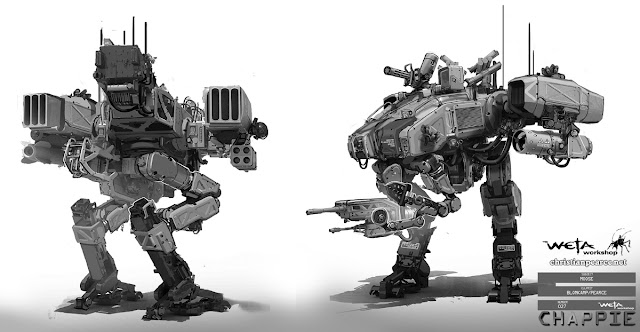 A few of us in the design room had a couple of goes at designing what ended up being the Moose over the years Chappie was in production. Most of my early ones were awful and I sure aint gonna put em on here, Aaron did some rad ones though and you can see them on his blog
None of them really clicked with Neill though and he ended up sending though a rough model he'd made for me to paint over and resolve. It was rad, dunno why he doesn't just do all his own design work. I'm glad he wastes his time being a successful writer and director though or I'd be back out sleeping in the streets.

He also wanted some weaponry options so I did a pass with a ludicrous amount of missiles, guns, grenade launchers, saws and lasers on it with note saying "pick the ones you want to use". He just went "yip, all of them". That's my kind of directing! 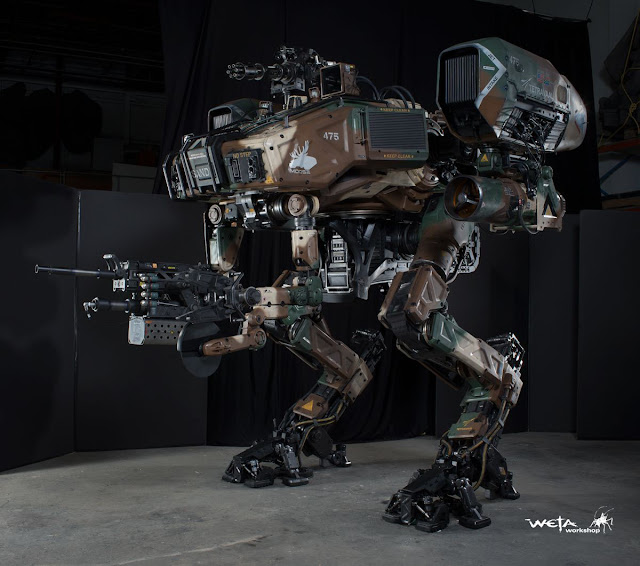 Here's the full scale prop built here at Weta Workshop. Seeing this thing come together was amazing. I used to go steal peeks at it during construction but towards the end I held back from sneaking in there so I could take in the finished build with fresh eyes. Cripes, it worked! That thing was magnificent! It really had a commanding presence and felt totally convincing as a piece of military hardware, a super impressive combination of skills and techniques coming together to create something quite remarkable.