The first brief was for the rover/mobile lab vehicle and these were the initial sketches I submitted.

We went into a bit of an exploratory phase but quite quickly settled on a basic layout and scale.

Starting to figure out functions and internal structures. The shoot would involve a physical build of the cockpit mounted onto a truck chassis with the rest of the vehicle to be added with CGI so that helped define size and configuration.

Cutaway showing the guts. I worked pretty closely with Ruairi to make sure all the required elements from the script were represented inside. I love doing this stuff! I've always been fascinated by technical drawings and cross-sections, would have really liked to have put a lot more polish and work into this illustration but this type of job is usually very... "time critical" 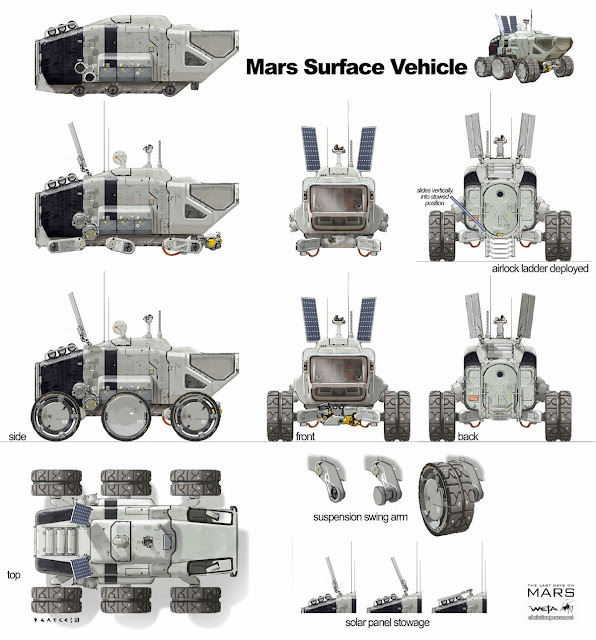 That's the final drawings that were submitted for the build to be based on. I really enjoyed working this up, it was really cool to be able to spend some time and nut this thing out.

The team at Screen Scene VFX did an amazing job modeling it I reckon. Right from the first images they sent through they had nailed the character and visual language of the vehicle, really brought a smile to the ol' dial. I painted over some of their work-in-progress 3D to clarify and resolve some elements that weren't too clear in the concept art. 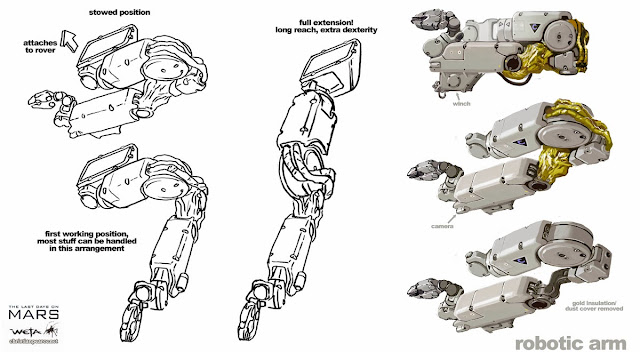 The robotic arm had some specific functions it needed to enact so I did these breakout drawings to make sure it could perform 'em.

Here's another drawing I did... nah that's a pic from the film! Gosh what a trickster.
This was a great project for me. Ruairi's always fun to work with and I'm really grateful to him for bringing this film to Weta and, more importantly, me! I'll post some of the other stuff I did for this movie soon.