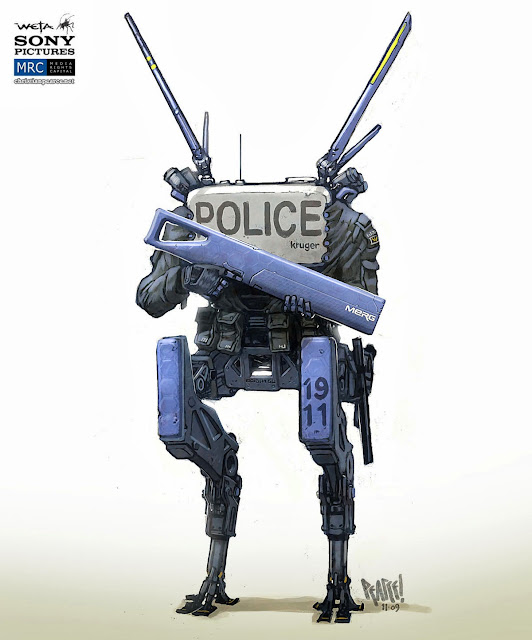 Hi! You sick of ancient Elysium drawings yet? I hope so cos here's the ancientest one of all! This was the first drawing I did for the film and I think it was #001 on the project. Four years ago! Gosh a lot has happened in that time eh? Scientists discovered the fossilized remains of gigantic reptile-like creatures that once ruled the earth, a system to send photos of your breakfast between computers was developed and I got a new hat! 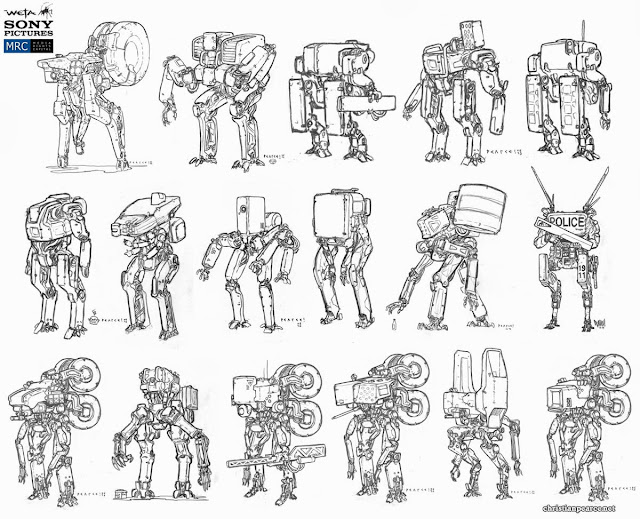 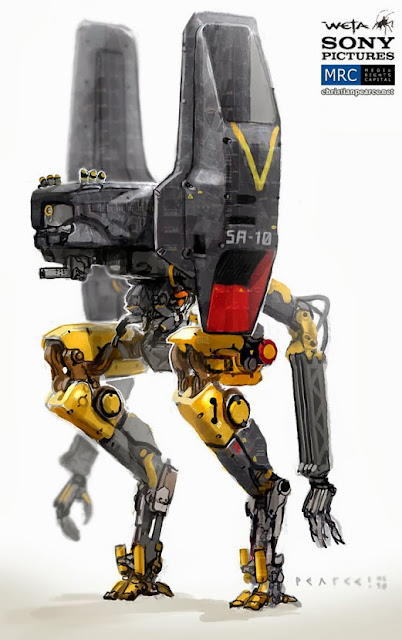 Designs for the Parole-Bot that gave poor Matt Damon a hard time. 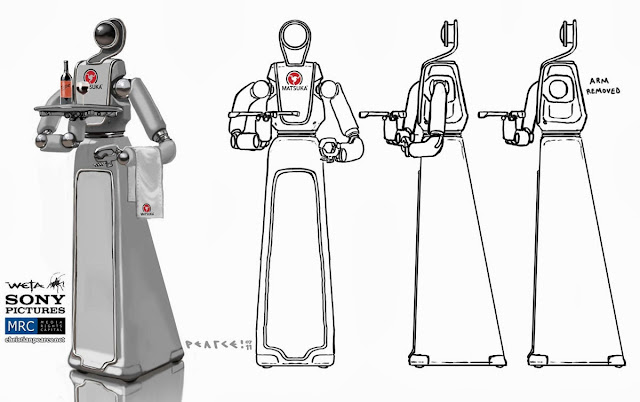 Those last ones are for the servant/attendant robot that became the red and black one in my earlier post.

So there's a few of the droids I drew on this project. I don't think it's any exaggeration to say we drew over a million-bajillion robots during the 'gestation' of this 'film' and you know what? I'd do it all again! 'Cept a bit different. Completely different.