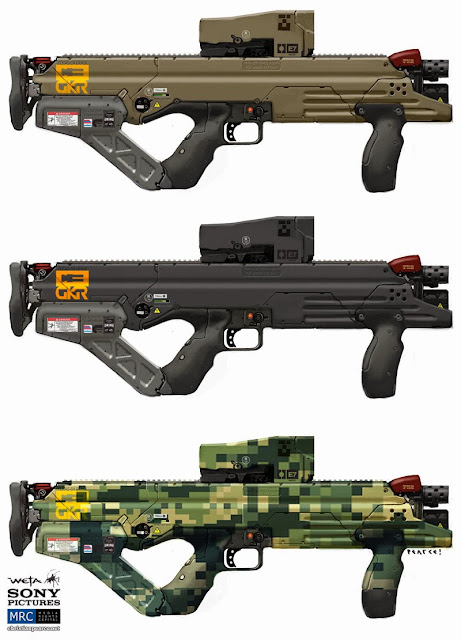 Here's the SMG in a few colour options. This was a fairly short design process but went through a few changes along the way. Initially I'd imagined it was a fully electric, fully automatic gauss rifle and you can still see a few holdover elements from that old design. There was a request for some animated parts to be added so it got a reciprocating bolt and recoiling barrel that moved on the prop. Definitely added some interest into what would might have been a bit of a dull weapon otherwise.

This was a brief that came in right near the end of the project for an underslung grenade launcher. Only got to do one drawing for this and we never made a physical prop, it was fully digital in the film.

One of the final props! I reckon they came out pretty rad. I nabbed a bunch of Leri's graphics which helps heaps and as always the 3D, modelmaking, props and paint departments did a bang-up job.