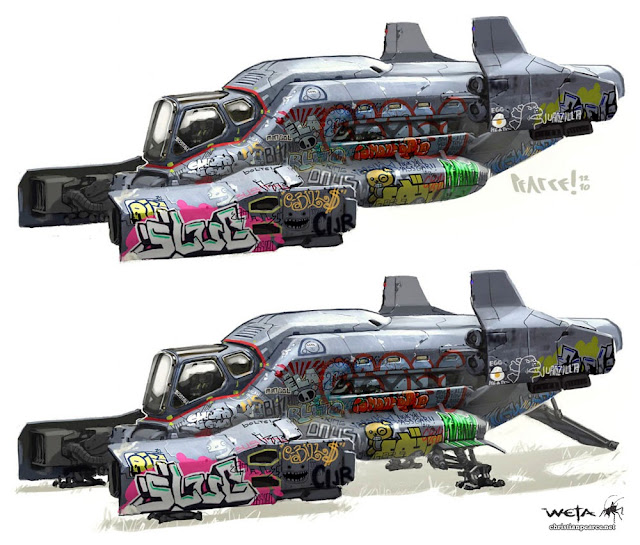 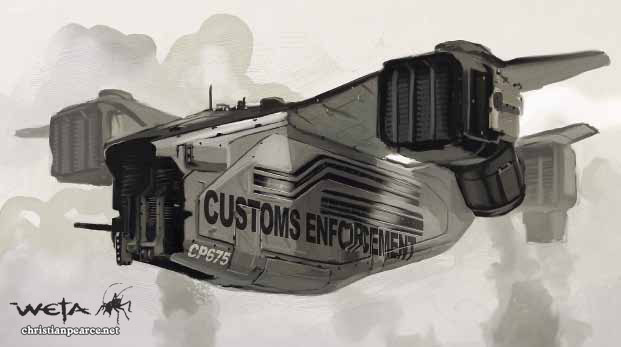 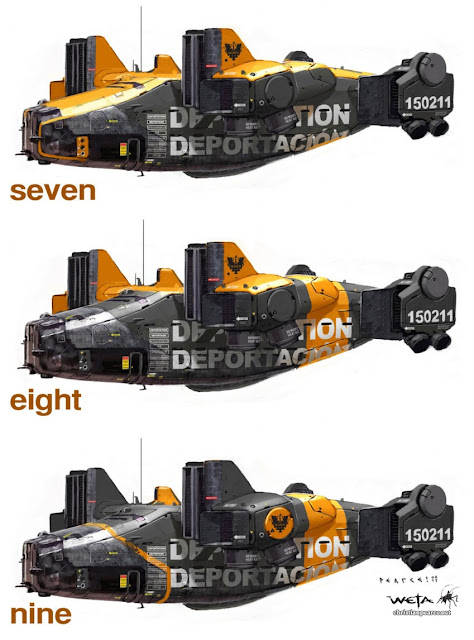 Hi! Here's a kinda odd selection of images I did for Neill Blomkamp's Elysium, a fictional science movie I was lucky enough to contribute to. These are pics I found on the world's widest web so I hope I'm allowed to repost 'em. Along with my Weta Workshopian pals Aaron, Stu, Leri and Ben we created over three thousand images for Neill so hopefully at some point we can share more, some of them were pretty cool!
The top two are smuggler's shuttles, there was a pre-existing physical set built that these designs had to fit around.
Next one down is a not-quite-final design of Carlyle's Veyron-inspired shuttle and a look at  his pimp-esque chillin' chair. Was pretty cool that the Bugatti guys did a final pass on it.
After that is an early-ish sketch for the deportation shuttle and then the final design with a couple of paint options, was really pleased with how that came out.
There's some images of the Raven around that I did the exterior detailing and paint on but I'd feel like a dick posting them here cos the rad and iconic design I was painting over is by the very talented TyRuben Ellingson.

If I come across my droid and weapon stuff I'll post that stuff too. This was a rad film to work on, there were a lot of awesome briefs from Neill and heaps of amazing work generated by those ^^^ aforementioned a-holes, hopefully someday we'll get to show more of it.

Oh, here's a Fun Factoid™ - the registration/serial numbers on Kruger's RPG launcher, the smuggler's shuttles, deportation shuttle and Raven seen in the drawings and even in the final movie are the dates I painted 'em!
"That fact is neither fun nor oid. You are terrible."
Whoah! Chill dude!